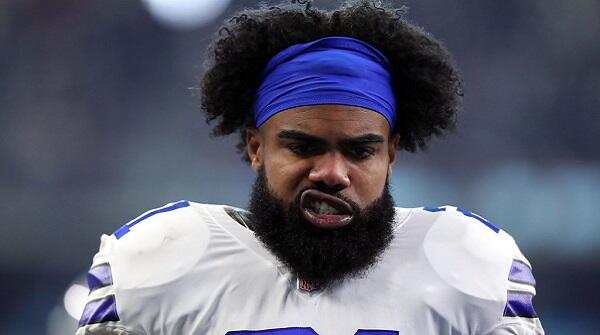 Ezekiel Elliott was apparently not on the Cowboys plane as it left for training camp. Cowboys head coach Jason Garrett had said he expected the Pro Bowl running back will report on time for training camp. The team charter left this afternoon for Oxnard, California and reporters say Elliott was not on the plane. He still has until Friday morning to show up. There has been speculation Elliott would be absent as he is seeking a new contract. He has two years remaining on his deal.