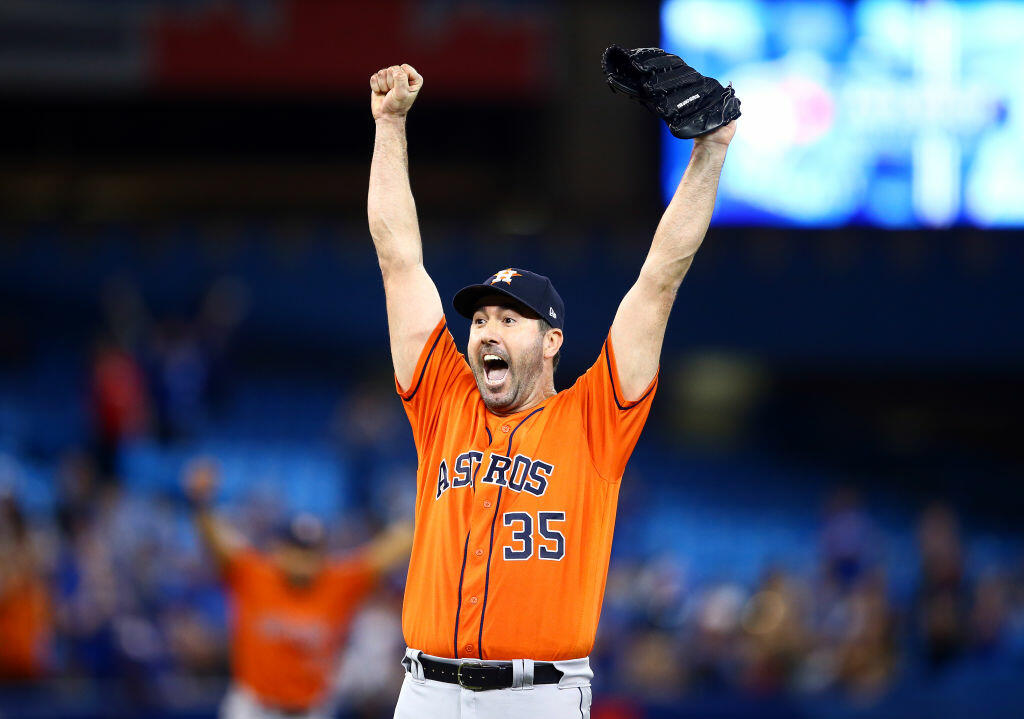 Houston Astros' Justin Verlander has thrown a no hitter, beating the Toronto Blue Jays 2-0 in Toronto. The right-hander finished with 14 strikeouts and just one walk on 120 pitches. It's his third-career no hitter, having thrown ones in 2007 and 2011. It is the third no hitter of the season -- Oakland's Mike Fiers threw one against the Cincinnati Reds May 7th; the Los Angeles Angels threw a combined no-no against the Seattle Mariners July 12th; and the Astros threw a four-pitcher no-hitter August 3rd against the Mariners. Verlander is the sixth pitcher all-time to throw at least three no hitters. Abraham Toro hit a two-run homer in the ninth gave Houston the lead. The Astros took two-of-three in the series. Five Blue Jays struck out at least twice. 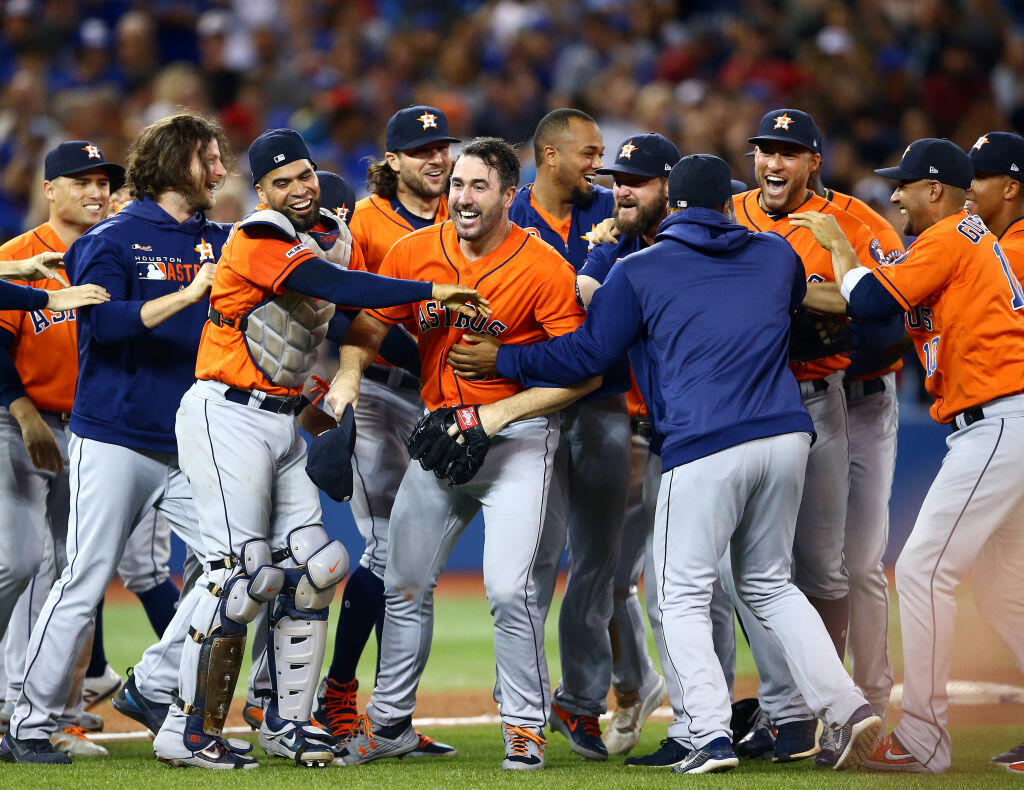