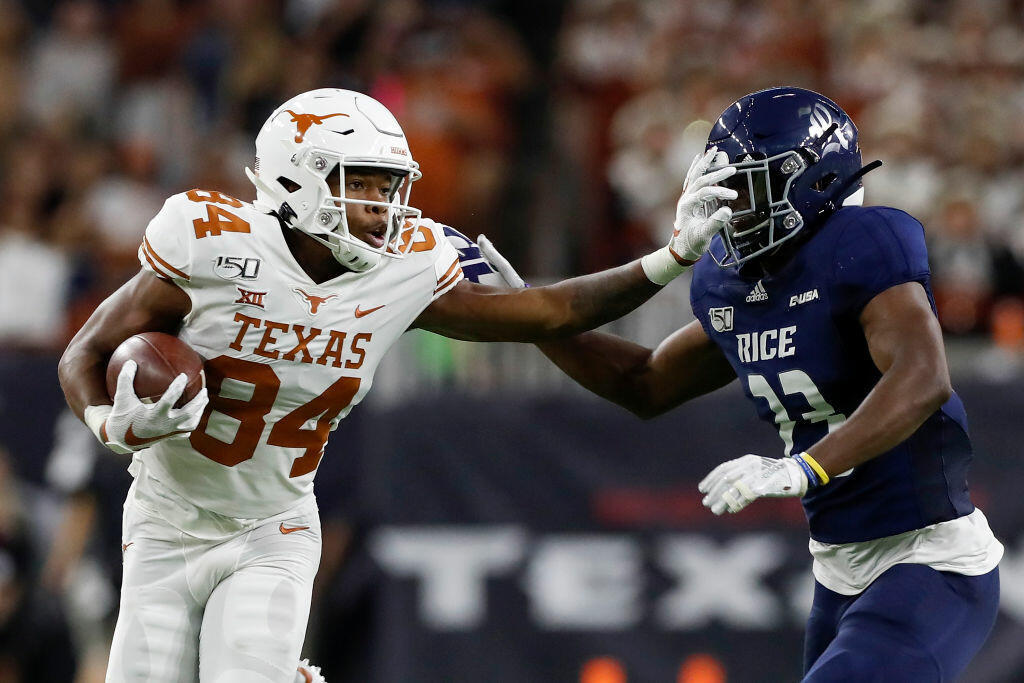 Kennedy Lewis #84 of the Texas Longhorns gives a stiff arm to Isaiah Richardson #23 of the Rice Owls in the fourth quarter at NRG Stadium. (Getty Images)

Texas topped Rice 48-13 Saturday night at NRG Stadium in Houston. Texas scored on its first four possessions of the game and carried a 31-0 lead at halftime.

Quarterback Sam Ehlinger went 23-of-27 passing for 279 yards and three touchdowns. The Longhorns win over the Owls comes of their loss last weekend to LSU.

Next up it's Oklahoma State on Saturday night. 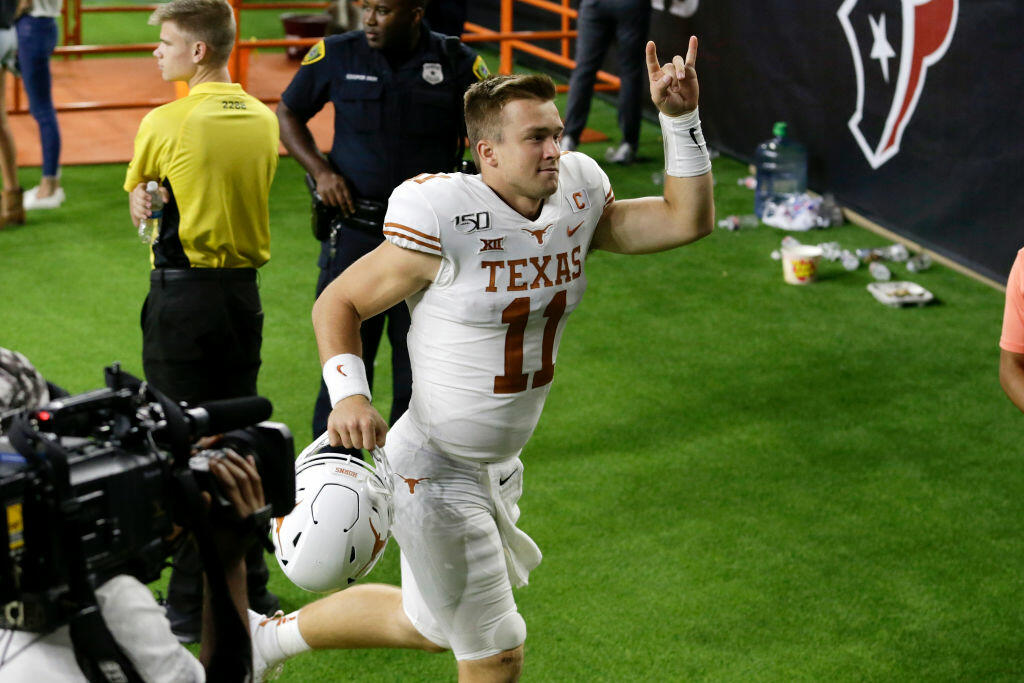 Sam Ehlinger #11 of the Texas Longhorns runs off the field after the game against the Rice Owls at NRG Stadium. (Getty Images)