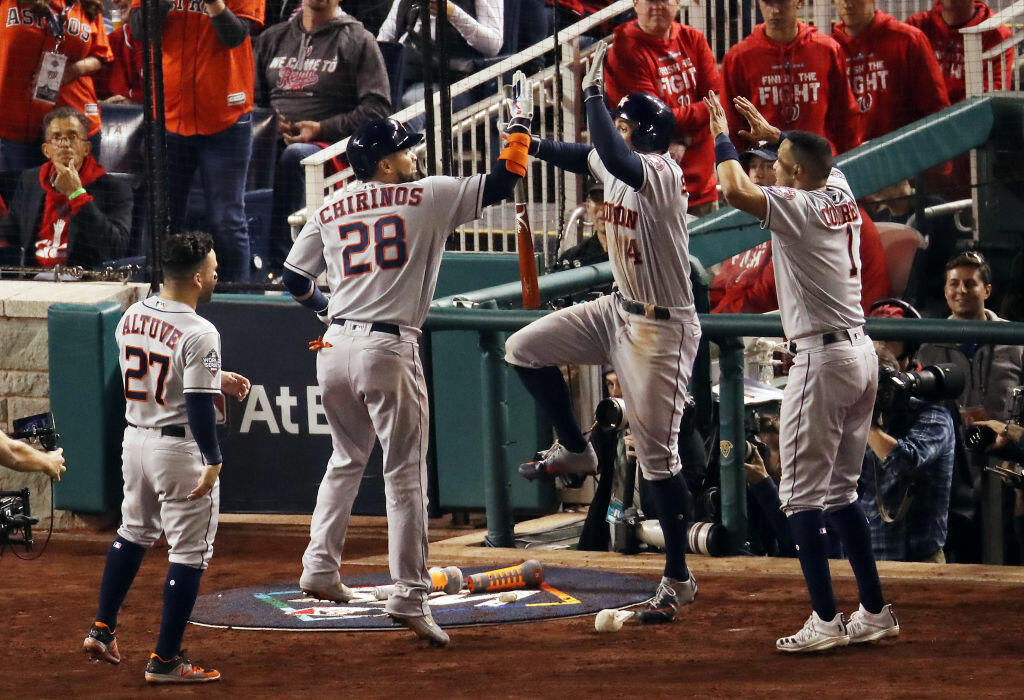 Zack Greinke gave up just one run and struck out six over four and two thirds innings as the Astros topped the Nationals 4-1 in Game Three of the World Series in D.C. Robinson Chirinos homered in the sixth inning for Houston. Michael Brantley drove in a pair of runs for the Astros. Josh James got the win and Roberto Osuna notched the save for Houston. Victor Robles tripled in a run for the Nationals. Anibal Sanchez gave up four runs over five and one third innings to take the loss for Washington. The Nationals lead the series 2-1. 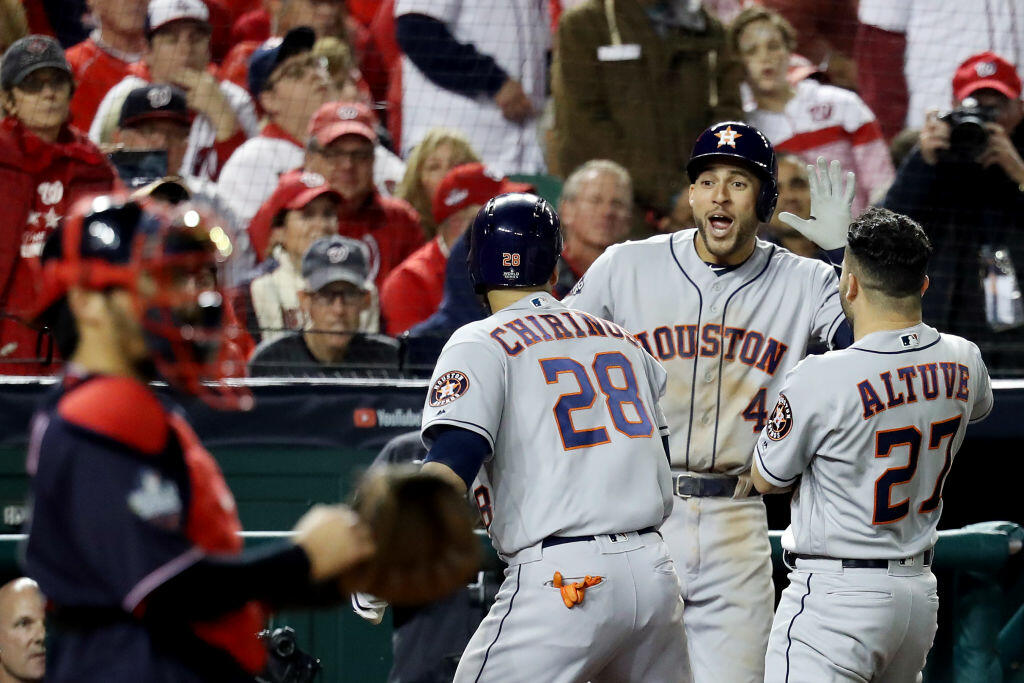 Photos: Robinson Chirinos #28 of the Houston Astros is congratulated by his teammates George Springer #4 and Jose Altuve #27 after hitting a solo home run against the Washington Nationals during the sixth inning in Game Three of the 2019 World Series at Nationals Park on October 25, 2019 in Washington, DC. (Photo by Rob Carr/Getty Images)