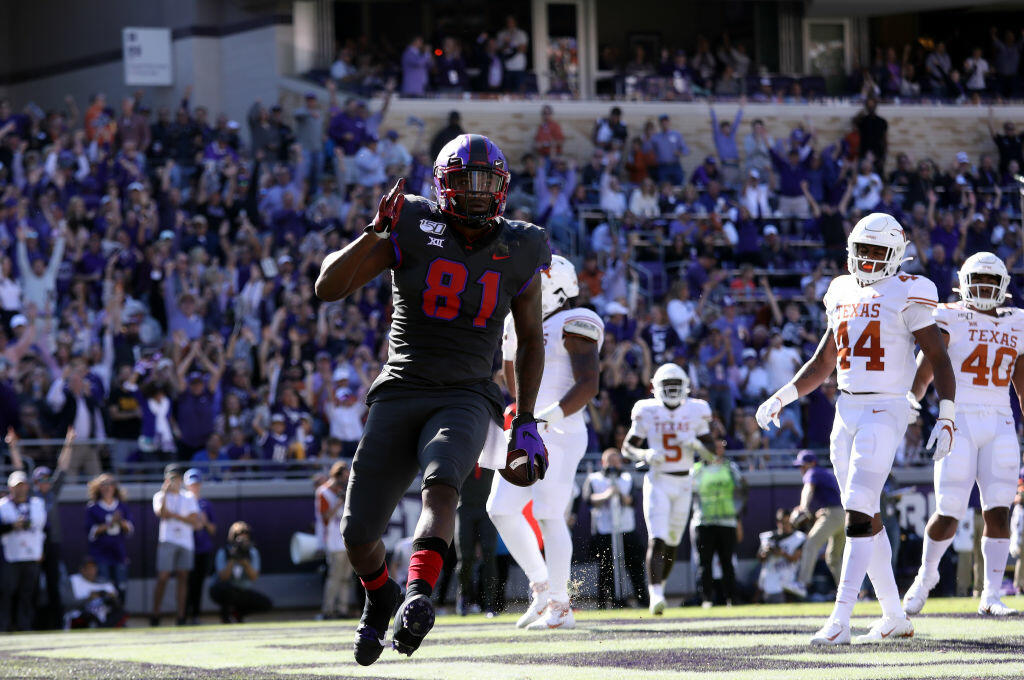 Photo: Pro Wells #81 of the TCU Horned Frogs celebrates a touchdown against the Texas Longhorns in the first half at Amon G. Carter Stadium on October 26, 2019 in Fort Worth, Texas. (Getty Images)

The Texas Longhorns traveled to Fort Worth to take on the TCU Horned Frogs and ran into a buzz saw. The Horned Frogs ripped through Texas' defense to score 37 points, leading to a 37-27 victory.

Texas' Sam Ehlinger was 22 of 48 passing for 321 yards and 2 touchdowns, but he also threw 4 interceptions. Ehlinger ran for 43 yards.

TCU quarterback Max Duggan lit things up, going 19 for 27 with 273 yards and 2 touchdowns, but he also ran for 72 yards and had a running touchdown. He threw one interception.

Texas drops to 5-3 on the season, with losses to LSU, Oklahoma and now TCU.

The Longhorns take on Kansas State next weekend. K-State is coming off a victory over Oklahoma. TCU will play Oklahoma State next week. OSU beat Iowa State on Saturday. 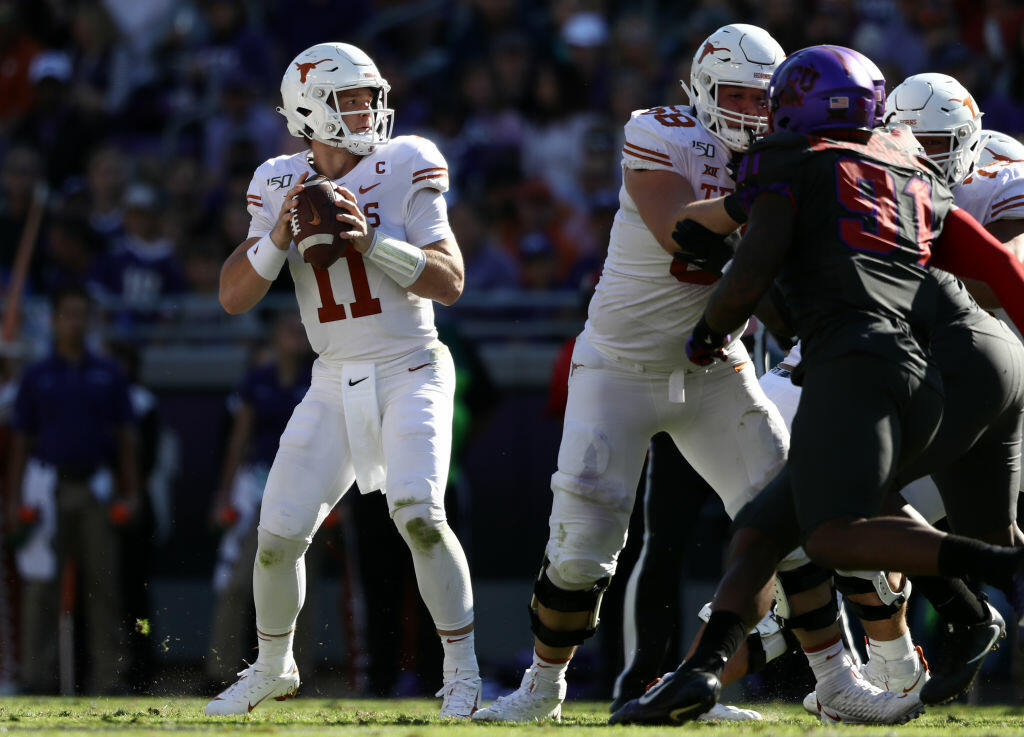 Photo: Sam Ehlinger #11 of the Texas Longhorns looks to pass against the TCU Horned Frogs in the first half at Amon G. Carter Stadium on October 26, 2019 in Fort Worth, Texas. (Getty Images)