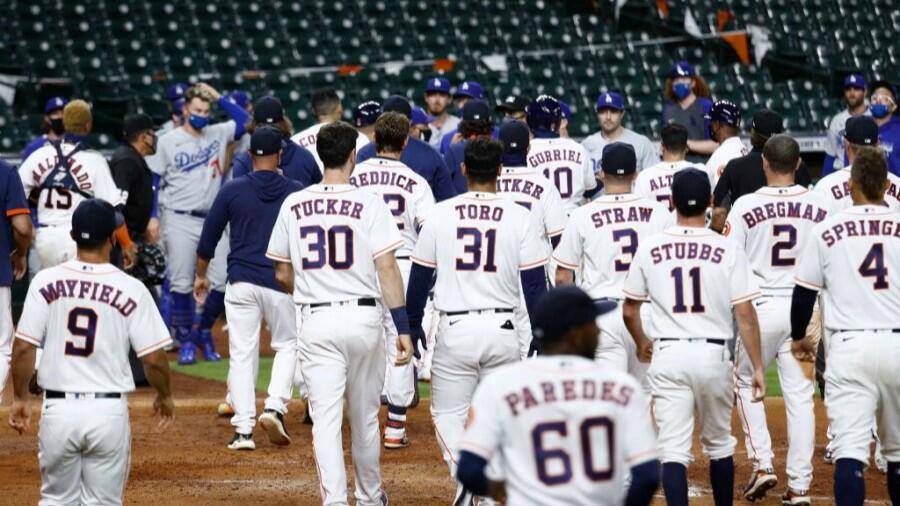 Seven Dodgers pitchers combined on a four-hitter in a 5-2 win over the Astros in Houston. Brusdar Graterol picked up the win in relief, while Kenley Jansen earned a save. Justin Turner and Cody Bellinger had run-producing singles for LA, while Mookie Betts and Chris Taylor walked with the bases loaded in a five-run fifth.

Both dugouts poured onto the field in a testy sixth inning after LA reliever Joe Kelly mocked Houston. Words were exchanged, but there was no shoving or punches and no ejections.

Carlos Correa provided most of the Astros' offense with three hits, including a homer, and drove in both runs. Framber Valdez took the loss.