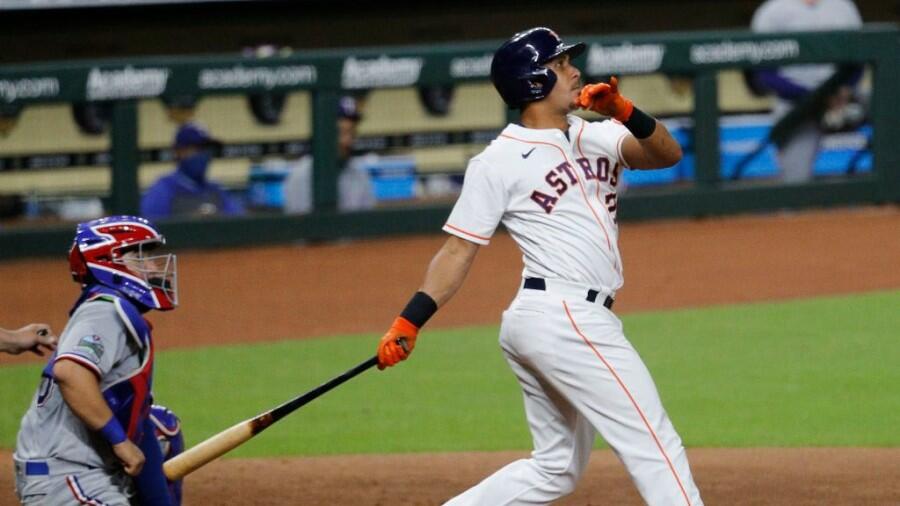 Michael Brantley belted a two-run homer in the first inning and four Astros pitchers made it stand up in a 2-1 win over the Rangers in Houston.

Christian Javier allowed just two hits and one run over six-and-two-thirds innings for his second win. Ryan Pressly got the final three outs for his seventh save. The 'Stros have won three-of-four. Isiah Kiner-Falefa homered in the fourth for Texas, which has lost three-of-four. Kolby Allard fell to 0-and-4.