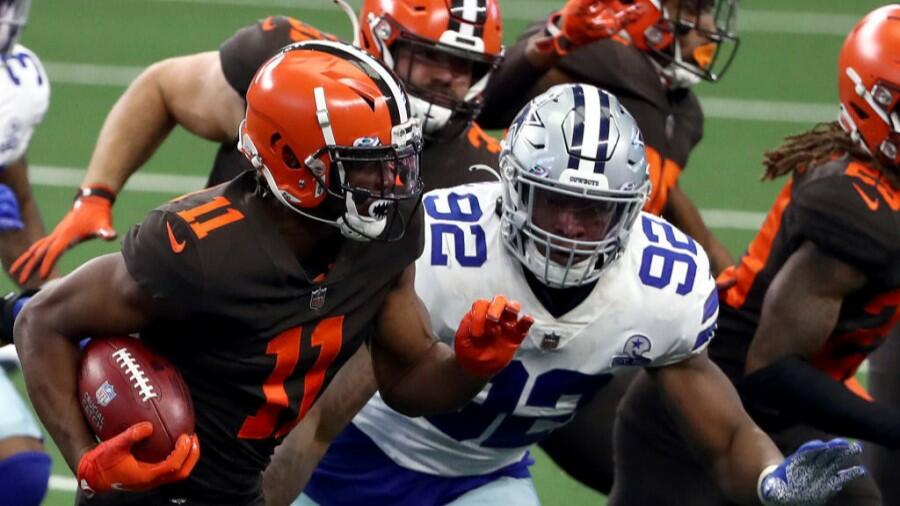 Odell Beckham Jr. had two touchdown catches and ran in for another as the Browns beat the Cowboys 49-38 in Arlington.

Baker Mayfield threw two TD passes and Kareem Hunt ran in for two more scores for Cleveland, which moved to 3-and-1 on the season.

Dak Prescott finished 41-of-58 for 502 yards, four touchdowns and an interception for the Cowboys, who dropped to 1-and-3. CeeDee Lamb had pair of touchdown catches in the setback.