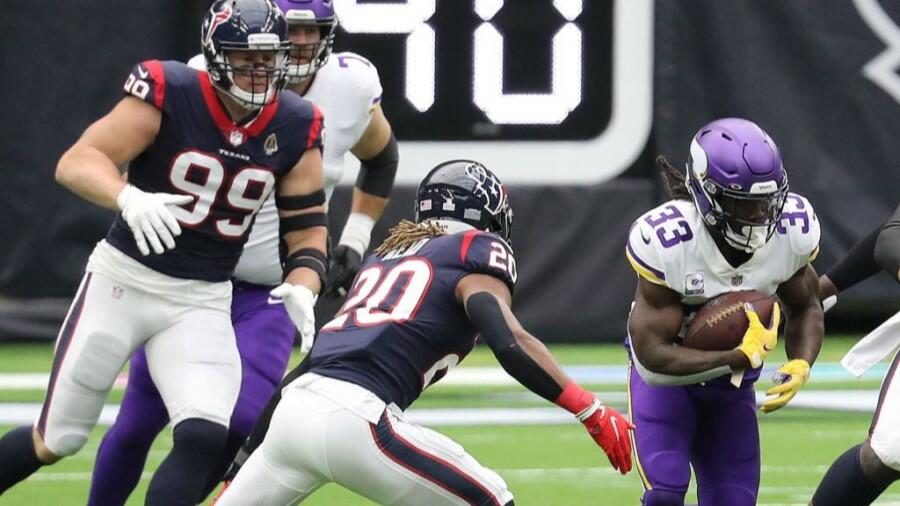 Dalvin Cook led the charge as the Vikings barreled past the Texans 31-23 in Houston for their first win of the season. Cook piled up 130 rushing yards and two scores as Minnesota improved to 1-and-3.

Adam Thielen hauled in eight passes for 114 yards and a touchdown for the Vikings, who never trailed.

Deshaun Watson threw for 300 yards and a pair of scores in defeat for the Texans. A late TD catch by Will Fuller gave them life, before the play was eventually ruled incomplete. Houston is off to an 0-and-4 start this season.