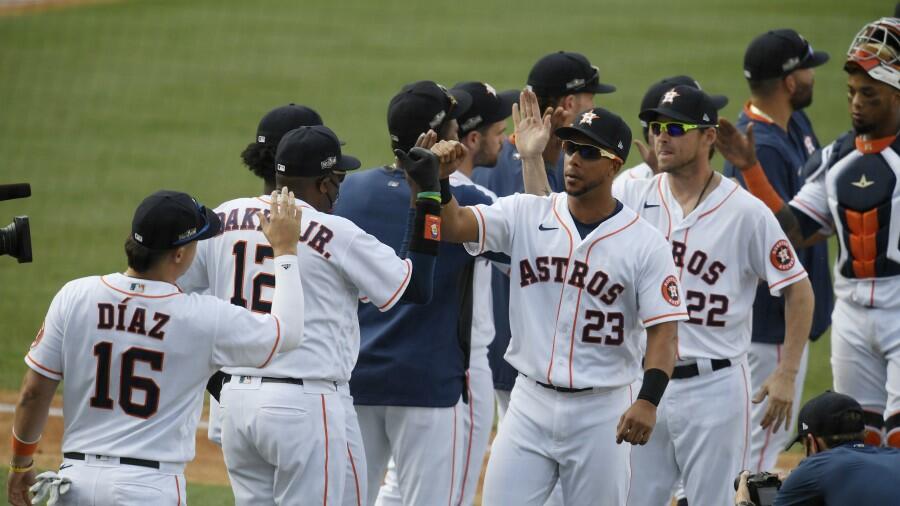 The Houston Astros are heading to the American League Championship Series for the fourth consecutive season. Michael Brantley homered twice and drove in three as the Astros outslugged the Athletics 11-6 in Game Four of their AL Division Series in Los Angeles. Carlos Correa clubbed a three-run homer and knocked in five runs, while Jose Altuve added a two-run blast for Houston. Cristian Javier picked up the win in relief. Ramon Laureano homered twice and plated four for the A's, who were seeking their first trip to the ALCS since 2006. Frankie Montas was tagged for five runs in less than four innings to absorb the loss.